This post was sparked off (excuse the pun) by looking at a YouTube video by Volkisch Grimm whose videos on Germanic Lore are to be recommended to all Folkish Wodenists. The video concerned the difference between Ing  and Inguna-Frey, these, according to the video, being different gods. This topic has always been quite puzzling to me because of the nature of Ingvi-Frey as a Waene, and Ing as a God of Fire. The video suggested that Ing is the God of Spiritual Fire and thus linked to Kundalini and Agni, both themes I have taken up myself in my posts. The suggestion here is that Ing is the 'Spiritual Fire' and Inguna-Frey is the 'Master ('Lord') of the Spiritual Fire'. This is the same theme as Wod (The Wod-Force) and Wod-an (Master of the Wod-Force). This could have a ring of truth in it.

The problem here lies in that Ing, in the Old English Rune-Poem, is clearly a figure who moves over the seas in a wagon (waen), and we know that he is connected to 'Cuthman' through the legends around the 'White Stone of Ing'. He is here seen as a human figure, and the Divine Ancestor of the English. The English derive their name from this figure, as do the Inglinga, the Royal Lines of Sweden and Norway. The name of this land is 'England' named after the god Ingus. Like the god Woden we have both a god and a human figure named the same - some feel this is a Christian method of stopping the old beliefs in the gods. However, we should not dismiss the fact that some gods do incarnate in human form at certain times of the Cosmic Cycle.

The link between Ing and Fire can be found in the White Stone of Ing and the three runes  Gyfu - Ken - Ing where the Ken-Rune represents 'Fire' and the 'Serpent-Fire'. The 'Gift of Ing' is Fire, and we know that the stone was once called by the name Firestone. Thus, Ing represents the Kundalini or Fire-Serpent and the Inga-Fire. Ing represents the 'Divine Spark' within Aryan Man, the 'Inner-Fire' that has to be awakened through spiritual discipline.

The roots of the name Ingus are related to -

The English Language has lost some of its original form through time, and such original letters as th and ng are now represented by the letters that make up the original forms - t & h and n & g. This is related to the Archetypal Myth of the 'Broken Sword' -

We thus have the Sword taken from the Oak-Tree, an act that only the 'Once and Future King' can do, broken by the Spear of Woden, and then reforged and wielded by the Son of Sigmund - Sigurd the Wolsunga. This is all done through the Royal Line of the Wolsungas from which line the 'Once and Future King' incarnates. The 'Broken Sword' is the 'Broken S-Word' or 'Sun-Word', or even 'Sun-Wyrd'. Clearly the reforged 'S-Word' is the 'reforged' letter ng through which the Spiritual Fire is awakened.

Interestingly, the name given to 'fire' by the Waene-Gods is 'wagon' (waen) which links to the Old English Rune-Poem. Thus, if we substitute the word waen with fire we do have a link within the rune-poem through waen-fire-Ing. But there is yet another hidden link (brought to light through another video by Volkisch Grimm) and that is the term used for 'sea' in the same rune-poem - waves. The term 'waves', according to this video, is used by the Waene for 'sea'. Within the Old English Rune-Poem under the Ing-Rune we have both 'fire' and 'wind' (wind creates waves), associations with Ing and the Waene (Ingwe-Frey).

It is also interesting to note that the runes on the White Stone of Ing are carved into the central 'column' which may represent the Spinal Column, the Mount Me-Ru through which the Serpent-Fire rises along when awakened. Below these are two 'legs' with two 'arms' above it (whether as it is or the stone turned the other way round). As stated before there are two variations of the fire-essence - gn (A-gn-i) and ng (I-ng-a) which make the Agni-Inga Fire. Just a by-thought here, but the Ken-Rune/Nyd-Rune can be seen as kn which is the base of 'knowledge' whilst the gn form gives the classical root of gnosis. The Knowledge of Fire is hinted at here. 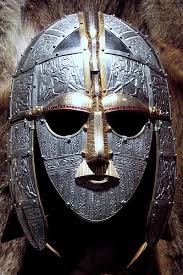 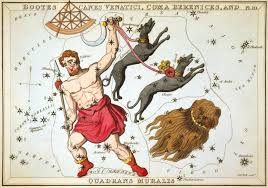 The connection between Ing and Bootes I have made before; Bootes can be seen at certain times of the year as an alternative Ing-Rune, at the bottom of the upright stave being Arcturus - the 'Once and Future King'. 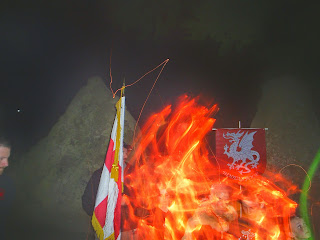 The above photo was taken some years ago at Wayland's Smithy which is one of our most Sacred Ancient Sites. In the photo we see the manifestation of 'Fire' around the English Cross Flag and the White Dragon Banner. 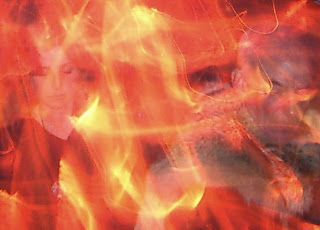 The above photo taken on the same occasion shows once more the manifestation of Fire. It does seem to be the case that modern digital cameras seem to pick up images not shown on either older cameras or seen by the naked eye. This may be down to the advanced spectrum of light that these modern cameras have; but perhaps also connected to an Electro-Magnetic Force (EMF) that is present. Modern 'psychics' seem to think that it this EMF that is necessary for spirits to appear; there may well be some truth in this since these ancient sites may have been sited and built to enhance this EMF and thus allow communication with the Gods and Ancestors. This EMF, represented by the god Thunor, is the force that holds atoms together, and thus the force that is needed for physical manifestation. If the vibrations of this force are altered then the form is altered, thus the differences between the material and spiritual worlds which is merely a difference in vibrations. This is where the use of crystals comes in, and it is known that the Pineal Gland is made up of crystals. This also links to the use of the Armanen Runes and the Krist-All. 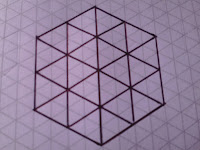 The above shows the Nine Glory-Twigs held within the Hexagonal Crystal (Krist-All), thus showing how the 33 Ar-Kan Runes are being developed from the Armanen Runes in a specifically English form suited to the English Folk. The whole thing, if drawn within a circle formed from the central point, becomes the 'Cube in the Circle' or the 'Circle Squared'. Like the Armanen Runes the core of this is the Haegl-Rune - Rune of Wholeness. The Gar-Rune (Spear of Woden - Cosmic Axis) is also at the core of this Mother-Rune.

The Haegl-Rune is also the 'seed' and the 'Seed of Life'; it is the 'cold grain' or 'cold corn' and the 'snowflake' which represents the 'seed' from which all things grow. It is the wind that moves the seed (usually, or the birds, though the same symbolism applies since they fly through the air) to the spot where they will grow, and most often this does not seem random at all. Plants and trees seem to flourish when they grow at certain places and with certain other plants or trees. Another video by Volkisch Grimm connects Freya to the 'seed' and Ingwe-Frey to the 'sperm', hence their relationship as Sister-Brother and Wife-Husband. Ingwe-Frey is connected to 'fire' and thus to 'expansion' in relation to the Solar-Phallic symbolism attached to this god.

The symbolism of Fire is central to the Aryan Mythos since the name itself 'Ar-yan' can be rendered in Germanic terms as 'Ar-Kan' - the 'Movement of Fire'. Fire forms the central point of any ritual, it used to form the central point of any home (until 'central heating' negated this symbolism), and the fireside was called the 'inglenook' named after the God of Fire. It is likely that the most ancient Serpent-Cults were of the Waene-Gods. Ingus seems to be connected to the ancient Sacral Kingship, kingship being associated with Fire. 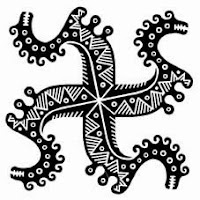 The word kundalini is connected to our Kan-Rune and means 'coiled'; the 'winged, coiled serpent' is the dragon, a word meaning dra = 'to turn' (connected to the Number 3) and gon (kan) meaning here 'fire'; the 'Fire-Turner'. The Number 3 is the 3 1/2 coils of the unawakened Fire-Serpent. The prefix 'kunda'/'kundal' is also related to our 'kindle' and 'candle', and thus to 'fire'.

The Waen (Great Bear/Plough/Big Dipper) can be seen as the 'Chariot of Ing', since it is Bootes who is the 'Driver of the Waen'. The chariot is connected to the Waene-Gods; it is noticeable that chariots were used widely here in Britain before and during the Roman times, as well as in Aryan India. Freya's chariot is pulled by Cats, that of Frey by a Boar, and that of Thunor by Goats; the Great Bear has also been seen as 'Woden's Waen' - the waen or wagon is a chariot. We have also the account of the wagon used by the Goddess Nerthus to take her to the Sacred Grove. These seem to be associated with the Waene-Gods.

The central column is a 'torch' but topped with the Pine-Cone; the Ken-Rune is the 'Pine-Torch' connected to this symbolism. The 'Twin Serpents' are symbolic of the Ing-Rune as shown below -

This is the Kan-Fusion version that represents Ing - Fire; when turned sideways it becomes the Ur-Fusion which is a fertility symbol representing Ingwe-Frey as the 'Master of the Spiritual Fire'. Freya is also connected to Fire through having the Brosingamen Necklace, the 'Necklace of Fire'. This seems to be connected to the Hvarena ('Glory of Light') of Iranian Lore; this was held by the goddess Ardvi Sura Anahita and was the 'Glory' that came from Ahura Mazda for the 'Aryan Nations'. This is the Light and Fire of Kingship, the Spiritual Fire of Agni-Inga.