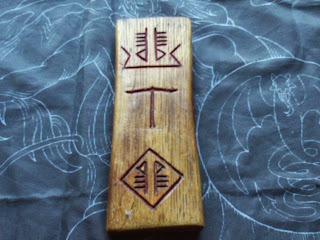 The term BAB-COMET (Sajaha Prophecies) which I have associated with the Hale-Bop Comet adds to 61, the number of WODEN. This is how any form of gematria works, through the numbers added together in one word adding to the same as another word, seemingly unrelated, which links the two together in a subtle way.
Posted by Wulfinga at 11:19