This post is going to show you various pieces of regalia used by Woden's Folk in its ritual work. Here we shall show the photos but make comments only where these are felt to be important. 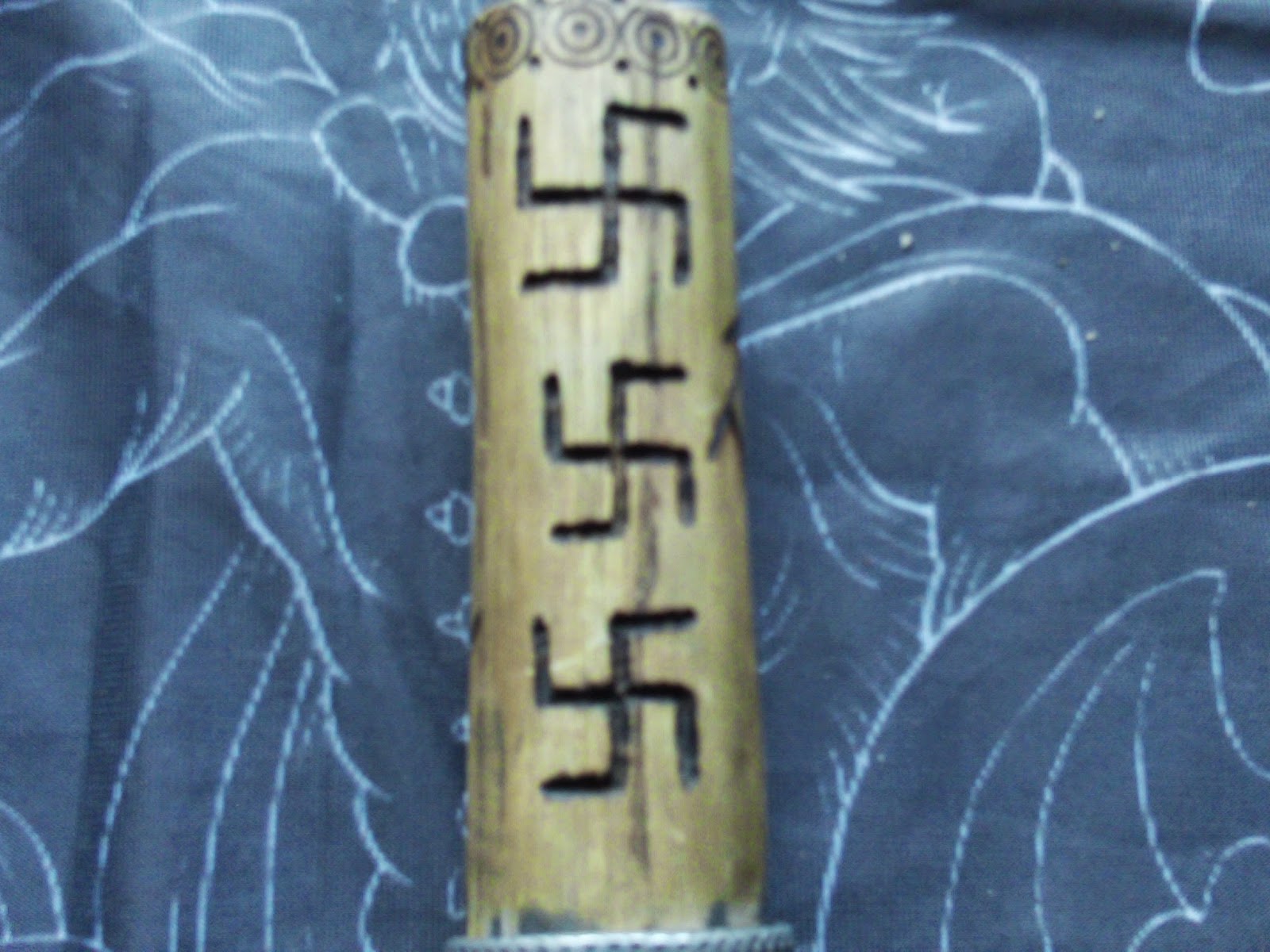 These are fylfot-swastikas burnt onto the Ritual Hammer of Thunor used at all WF Rites in the past, and made from oak from a 'blasted oak' (an oak-tree blasted by lightning). 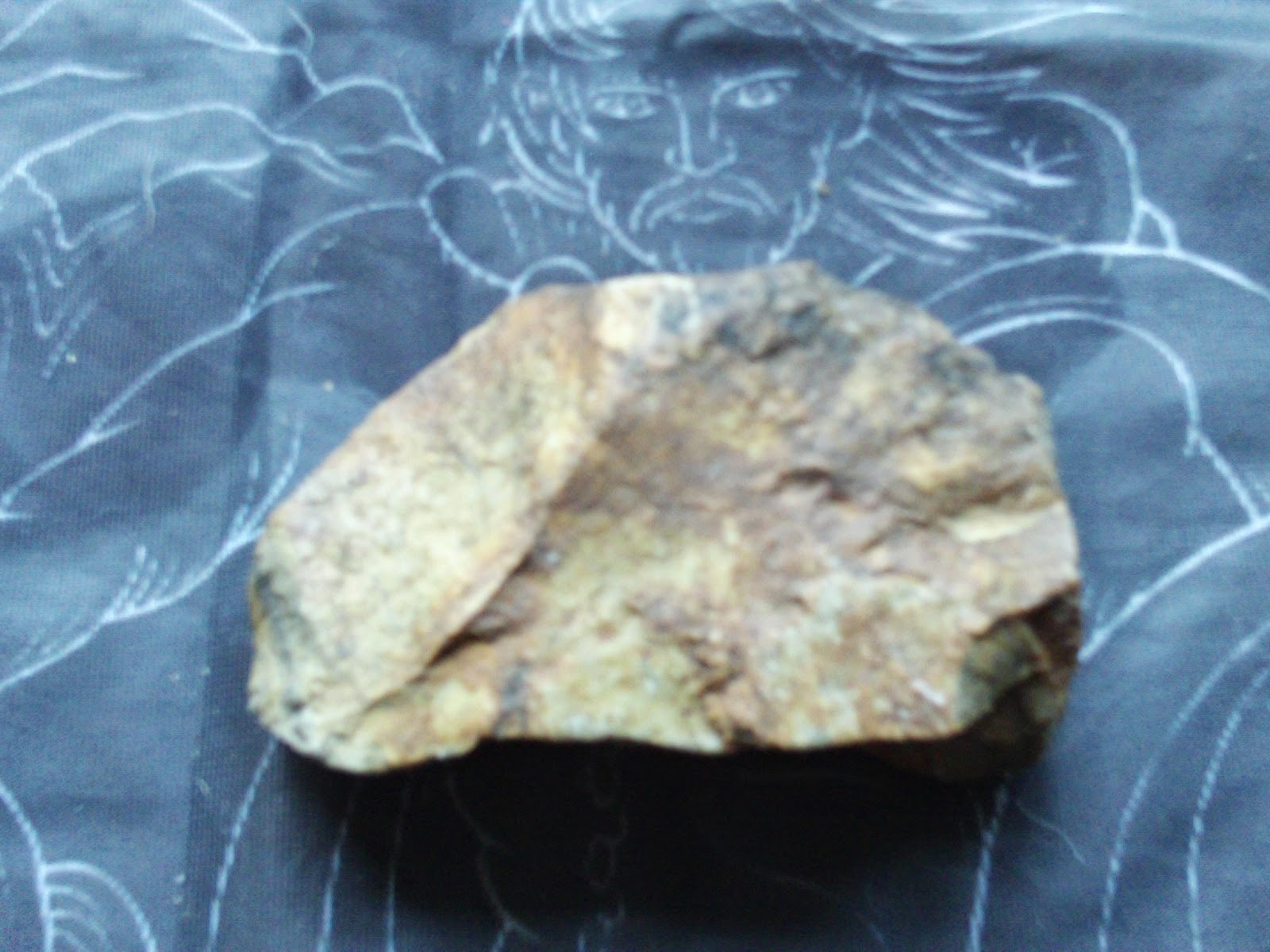 The Stone of At-al-land which is a magical stone thrust up from within the earth in a massive catastrophe that hit the Northern Continent of At-al-land some 7,000 years ago. This piece comes from the Moray Firth in the Scottish Highlands which has a major fault-line running through it and cutting Scotland in half at this point. This Magical Stone is part of a much larger piece which is kept in a secret location in England. The small stone is used for all Wodenic Profession and Initiation. The stone was found at a place called The Fairy Glen which is a spot at which an Odinist Magician and I performed an Alf-Blot and a shimmering blue figure appeared before me as I meditated at the spot after the blot. This was the area in which I undertook an Odinic Initiation into the Circle of Ostara where a blood-rite was used (spilling my own blood) and two sea-eagles swooped down over me as this was done. 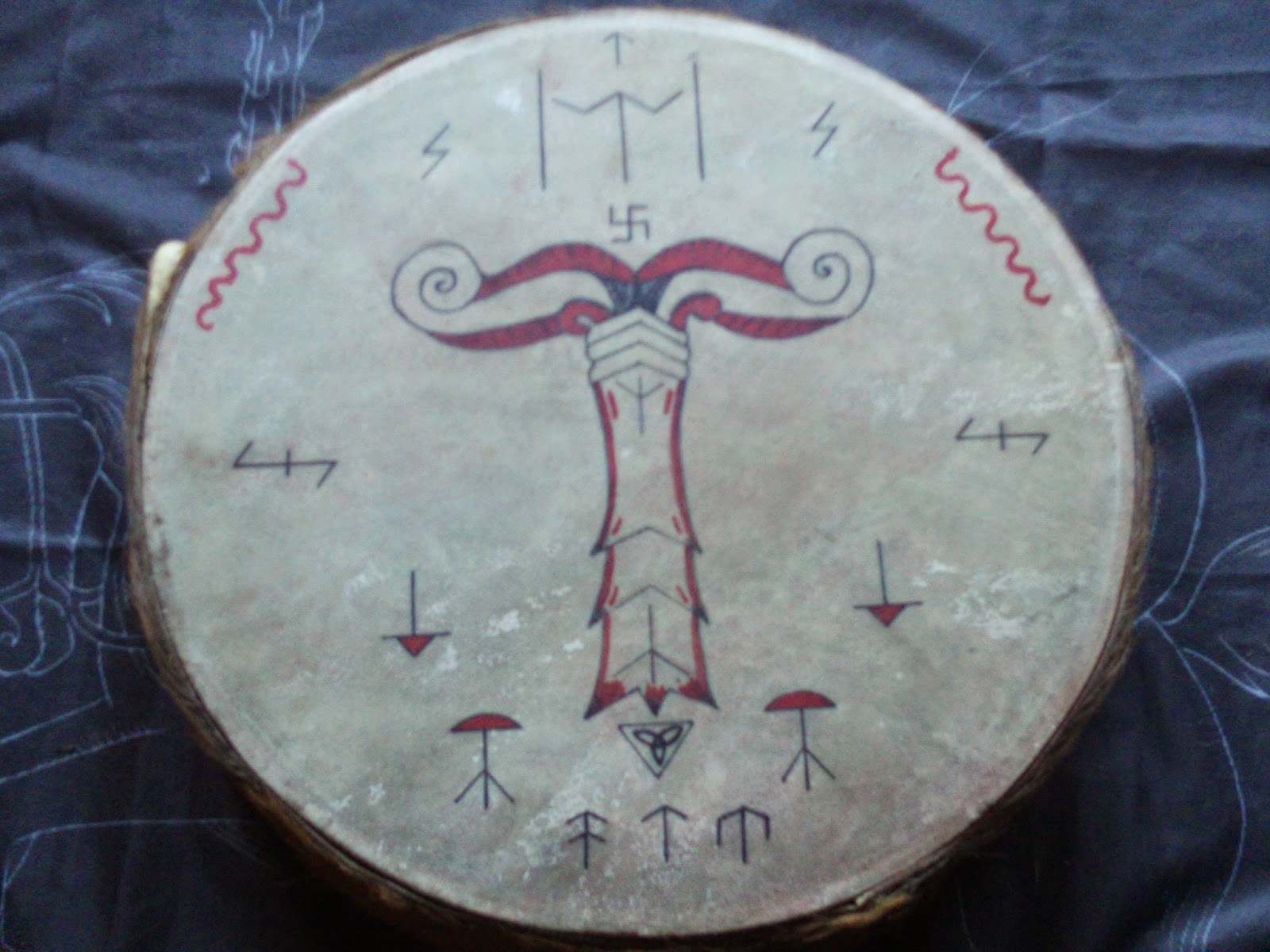 This is the Ritual Drum that I use for Woden's Folk rituals and for magical workings. The drum has the Saxon Irminsul and various runic staves painted onto the surface. The outside is covered by deer-hide and the drumstick used has a wolf-skin cover to 'mute' the sound. 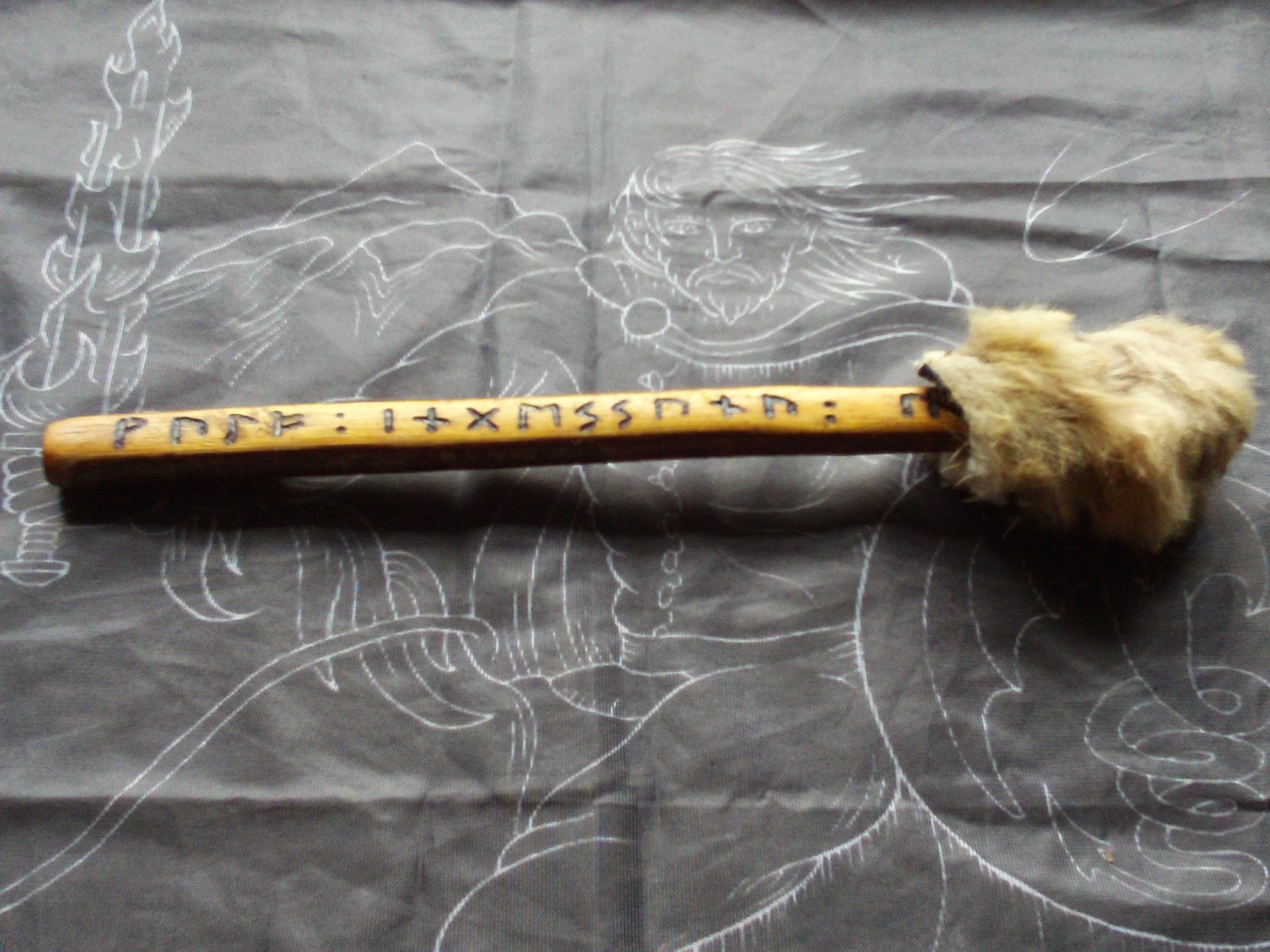 Marked in runes on the stave is the name WULF INGESSUNU which is one of my Wodenic Names. The drum-stave was made myself and the runes burnt-cut into it. 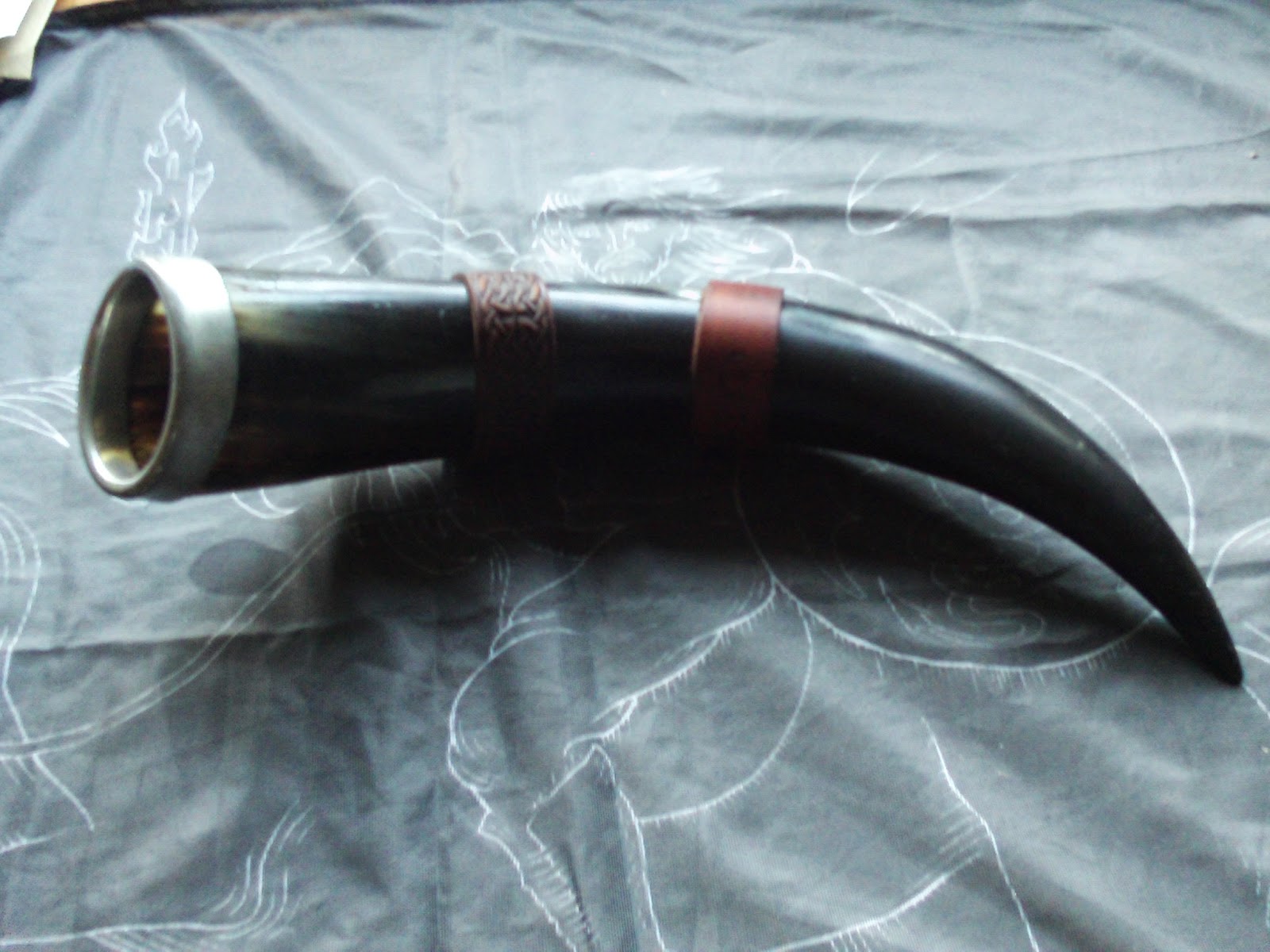 The Ritual Mead-Horn with silver finish to the drinking-piece and two leather bands, one with the runic formula ALU-ULA. 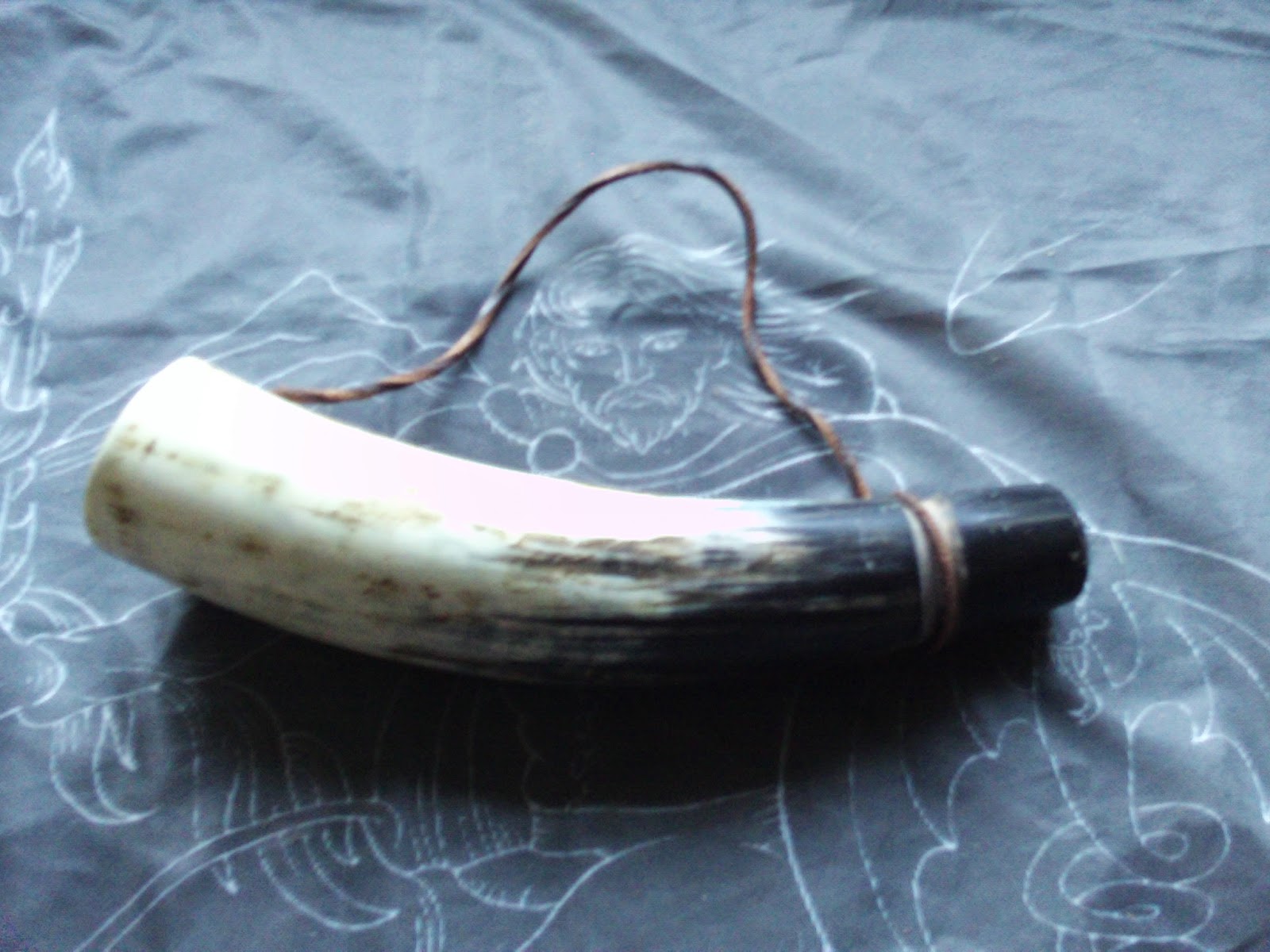 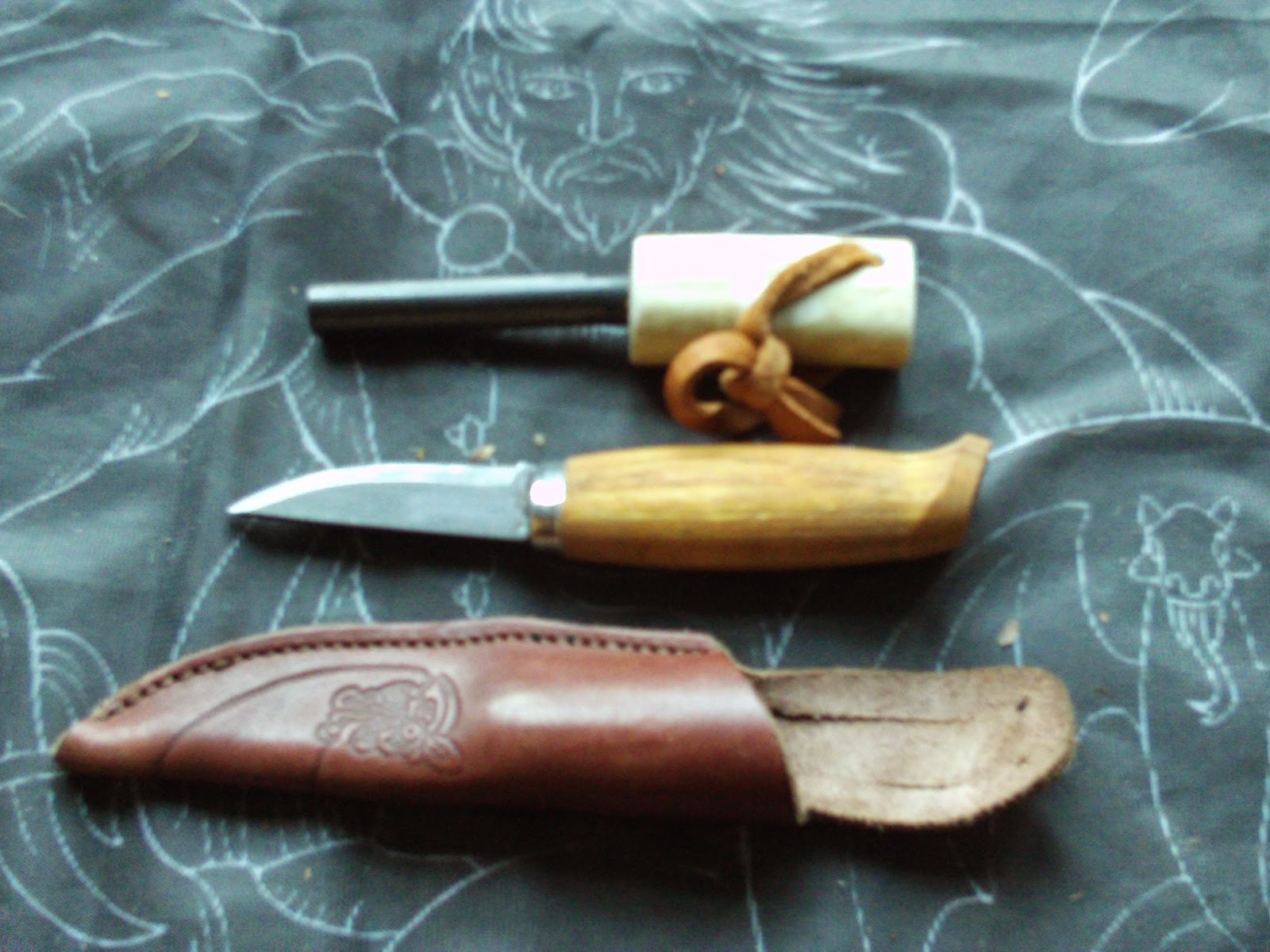 A Balder-Knife and Horn Steel-Striker (Lapland) used for lighting the Ritual Fire through Need-Fire (the Horn-Steel being held upright and the Ritual Knife at an angle, thus making the Nyd-Rune; the strike is through 'friction' and thus is seen as Friction-Fire (Need-Fire). 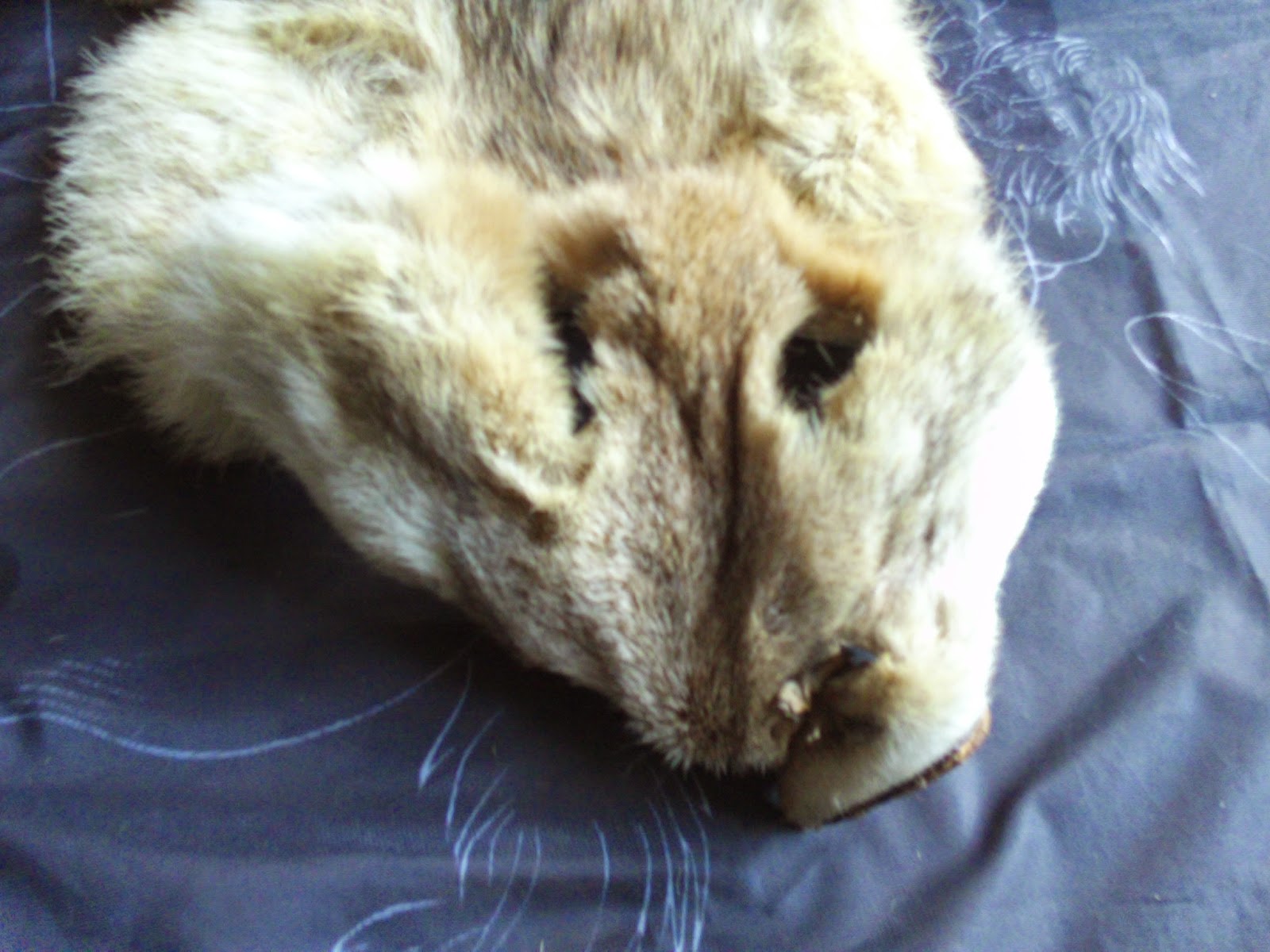 Wolf-Skin worn at rituals by the Wulfinga - Sons of the Wulf. Many of those within WF have taken on names with 'wulf' within it and this has been significant in view of the nature of our Order. 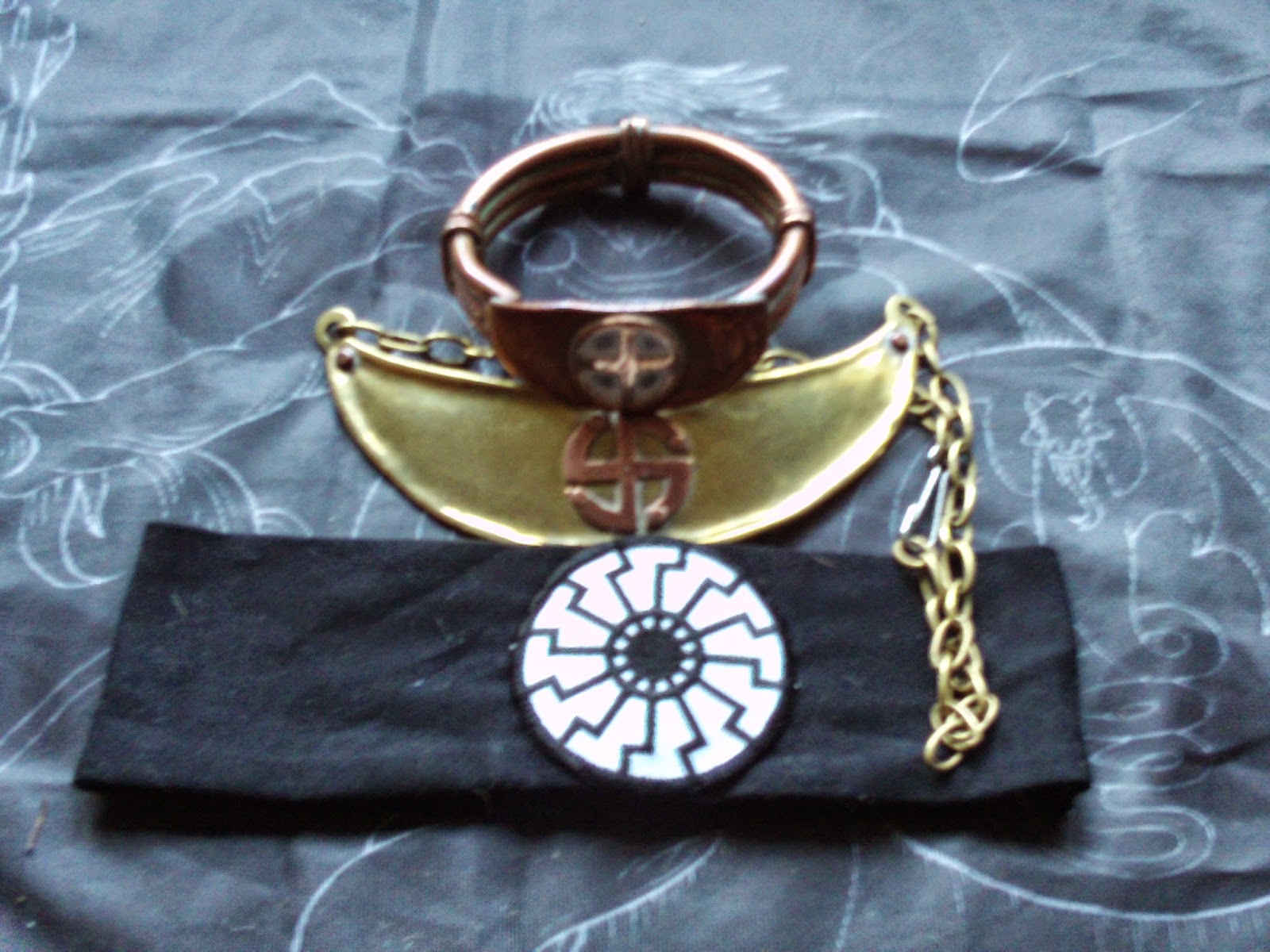 Above is the Sunwheel Arm-Band worn by the Folk-Warder at the Wodenic Rites, the Torc of Honour bearing the Thule Swastika, and the Black Sun Headband worn at our rites. 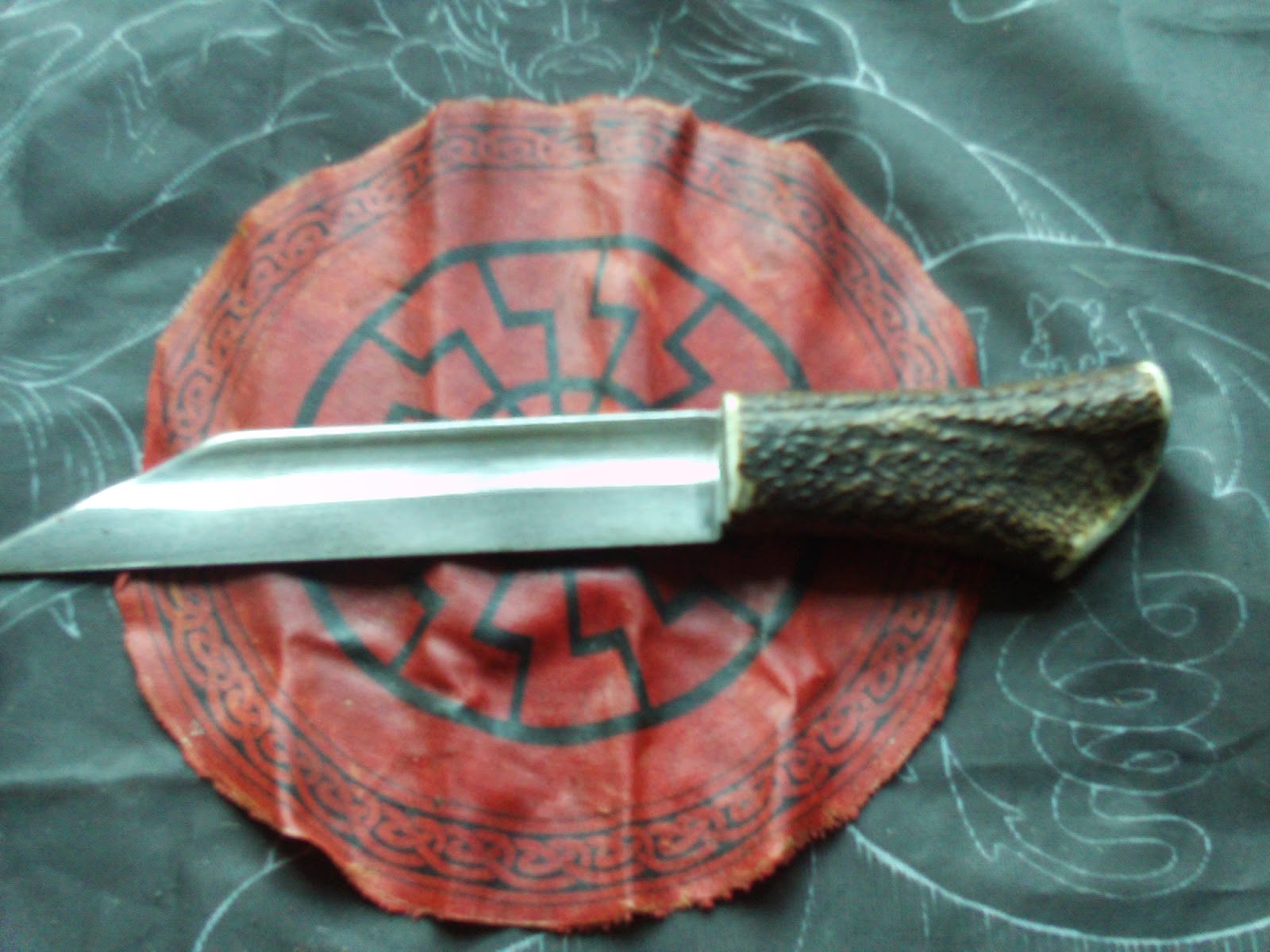 This is the Ritual Seax and Black Sun symbol used as a cover for the knife; these are also used in certain rituals. 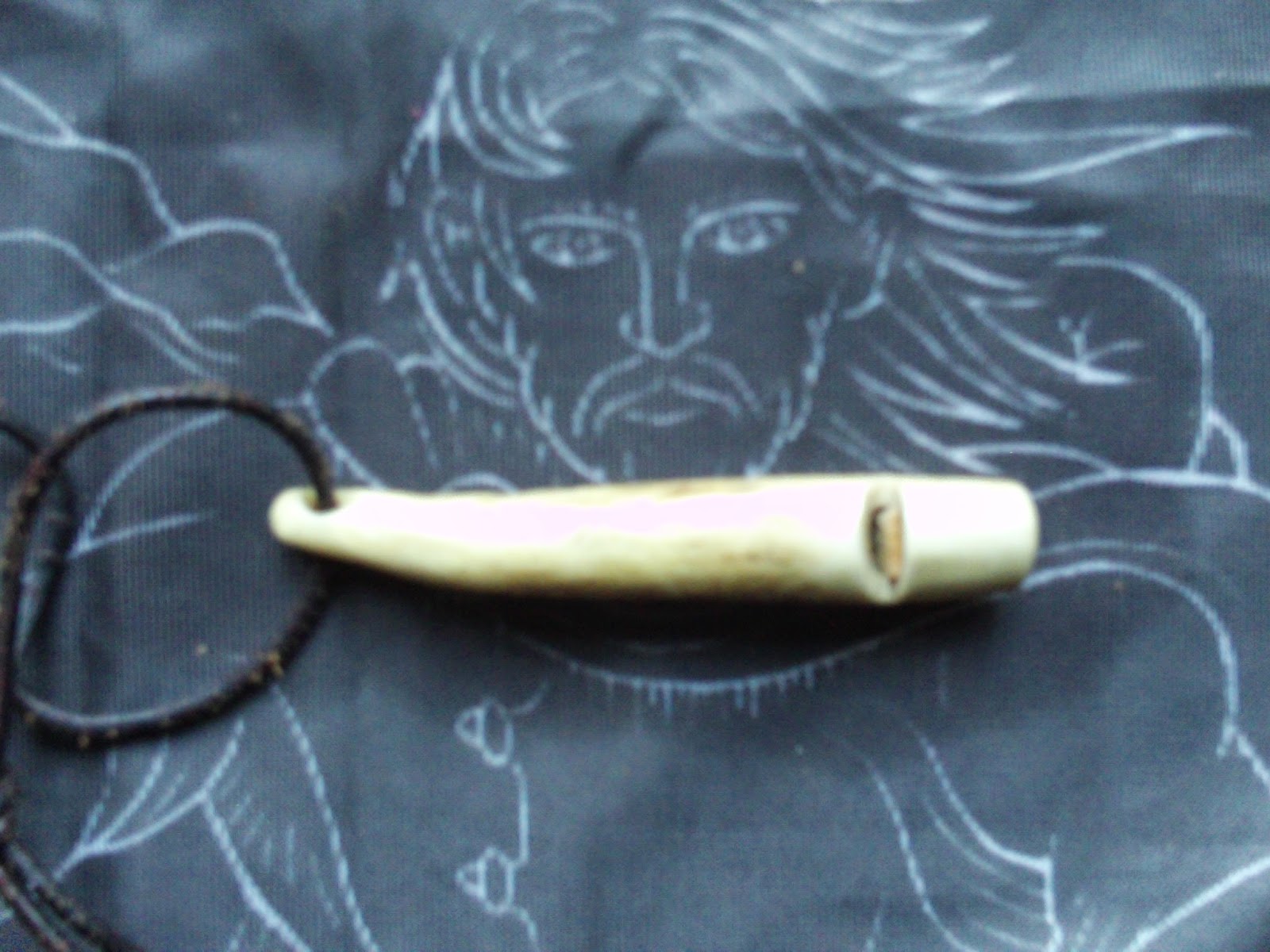 The blowing of the horn is meant to awaken the Gods, but I also use a whistle for some of the magical work, this being easier to carry around in the pocket. The whistle does the same symbolic act as the horn, and is made of horn as well. This one was made by an old friend and Odinist Magician who was in the Odinic Rite for many years.
There will be further posts on ritual regalia and magical regalia, and also on rune-staffs that I have made and use. ﻿
﻿
﻿
﻿
﻿
﻿
﻿