The above version of the Ken-Rune or Kan-Rune shows the Kan-Fusion made up of twin Ken-Runes - this is the Fire-Fusion or 'Inga-Fire' as we have chosen to call it (Agni-Fire). This is also a rune-bind made up of twin Edel-Runes, one upright and one facing downwards, joined together as one suggesting the Divine Twins. These concepts are very interesting in view of the ideas based around the Vedic God, Agni.

Some connect Agni to the Kundalini, the Serpent-Fire; Agni is born of seven mothers or nine mothers and the latter suggests to us the English God, Hama. I have shown before how Ingwe and Hama share a similar Archetypal Myth. The seven mothers or nine 'wave-maidens' may well relate to the chakras which are either seven or nine in the system used by Miguel Serrano. Since the aim of awakening the Fire-Serpent is to achieve immortality then Agni can be seen to symbolise this -

'Agni, the knower, procures heroic might, procures vigour, enhancing it for immortality.'

Associated with the awakening of Kundalini is Ushas - Goddess of the Dawn - and the Ashvins (Divine Twins) are responsible for the movement of Agni (Kundalini) to the state of transformation into Surya (Kundalini Awakened). Surya is said to represent the full awakening of Kundalini. He is the Sun-God, maybe the equivalent of Baldaeg of Germanic Lore.

The rune-stave 'Ing' can be seen as the double-helix (DNA) but it can also be seen as Twin Coiling Serpents (of fire). If we look at the manuscript version of the Old English Rune-Poem we can see that the Ing-Rune is nearer to many symbols of the Divine Twins shown as twins joined into one head. 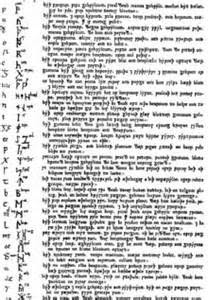 It should also be noted that the Edel-Rune version was used in ancient times as a symbol for the Greek Atlas, son of Er. There is more than one runic symbol for the Divine Twins, and this is a certain aspect of their role, an aspect linked to Kundalini - the Serpent-Fire. The Ing-Rune also represents the final goal of the process of the awakening of Kundalini - that of producing the 'Son of Man' - the God-Man.

We can find the Fire-Serpent and the Eagle on the Sutton Hoo Mask, so is it a coincidence that we also find the twin 'Dancing Warriors' - Divine Twins? The mask shows the means to awaken the Fire-Serpent - the Vital Breath. In Vedic India the god Vayu represents the ruler of prana which is the Vital Breath. It is said that immortality is kept in Vata's home (Vayu's home).

The Ing-Rune refers to The Hero and thus to the Resurrection of the Hero (Serrano); it is also the Norse Ingvi-Frey known as Ingwe to the English Tribes. The rune also has the alternative meaning of 'Beacon Fire'  which shows its link to fire. But it is also the Rune of the Blood and here we see the esoteric meaning of the rune since the Kundalini Fire-Serpent is the Igneous Blood of the Asen. This is the Fiery Blood of the Blue Flame.

Within the English Ing-Rune are thus the following -

The rune before the Ing-Rune is the Lagu-Rune which is a rune of the waters, thus Ing is 'born' out of the 'waves' or 'waters'. After this comes the Daeg-Rune which suggests a renewed balance of the right and left hemispheres of the brain through the opening of the Third Eye ('Hawk-Eye').

In Vedic Lore the Divine Twins are associated with the turning of the Pramantha or 'Fire-Twirl' which creates the Friction-Fire through turning a swastika-wheel around a wooden centre. This fire 'grows in the mother', i.e. the two fire-sticks or the central hub of the Fire-Wheel. According to Vedic Lore it was Matarisvan who brought fire down from the heavens to the earth. The similarity to the Greek Myth of Prometheus is obvious and even more so when we consider that the Vedic term pra-math means 'to steal'. This is the root of the name 'Prometheus' even though it is rendered as 'foresight'.

The Norse God known as Mundilfore has a name based on the same root Mund - Mand - Manth and is also the 'Fire-Twirl' and the 'World-Turner' who turns the Cosmic Mill. He is the god that whisked the worlds into creation. Since I have shown how I believe Mundilfore to be the same as Waendal then the figure of the Long Man of Wilmington, which is associated with the Fire-Twirl (through the Cweorth-Rune), has to be associated with the Fire-Serpent, Kundalini.

In the Finglesham Buckle from Kent we find a figure similar to the Long Man, holding Twin-Spears and wearing only a belt. The 'globes' at the top of the figure (two large and three small) make the 'W' shape of the Cweorth-Rune and the two small ones and the large globe at the bottom make a Trikona or 'Inverted Triangle'. What is interesting about the Long Man figure and this figure is that they are both based on the Cweorth-Rune, and I have shown how the Long Man seems to represent Cygnus the Swan - the Swan is symbolic of Thule and the Long Man opens the Gateway to Thule - the Gateway to Initiation.

In Folkish Wodenism the Fire-Serpent is represented by the Brisingamen Necklace of the Goddess Freya which is the Energy-Fire. This Energy-Fire rises upwards along the spinal column (Mount Su-Me-Ru) and unites with the God Woden which is the Light-Spirit, and thus the Third Eye is opened. In Hindu Lore this is the Goddess Shakti (Kundalini) uniting with the God Shiva. The fully awakened Fire-Serpent or Kandil-Force creates the Solar-Man or Sonnenmensch. In one sense the Bris-Inga-Men Necklace is also contained within the symbolism of the Ing-Rune.

It should be born in mind that there are two versions of this Ing-Rune - the Kan-Fusion (Fire-Fusion) and the Ur-Fusion (Primal Fusion). The latter is concerned more with virility and fertility as can be seen from the glyph (turn the Kan-Fusion sideways). The Ur-Fusion is also the symbol of the unity of the heavens and the earth, or in another way the union of Spirit (Woden) and Matter (Grid) which produces the 'Son' (Ing - Wid-Ar). In this regard it should be noted that the term Grid used for the Earth could be linked to the idea of the 'National Grid' which marks out the surface of the Earth on a map - this connects to the checkered board (chess-board) with its black and white alternate squares.

The White Winged Coiled Serpent is also symbolic of the English Folk and the Land of England (Land of Ingwe). Here we use the three-and-a-half-coiled serpent which represents the Fire-Serpent. This is shown on the shield of Wid-Ar the Avenger in a different form, together with the Flaming Sword (Cweorth-Sweorth). 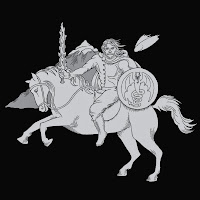 Agni-Inga is a name that we now use for this concept, combining the Vedic and English names to illustrate the relationship between the two. Like Prometheus it is Sheaf-Ing who brings the Secret of the Need-Fire to mankind, and also Sheaf-Ing brings culture and agriculture at the end of the Golden Age. His rune is the Ur-Fusion version of the Ing-Rune since the Kan-Fusion implies a different concept and a different role of Ingwe. This role I have tried to outline in this post.