The Three Cauldrons, the Graal-Runes and the Royal Art.

For a while now I have been looking at the ideas which I put out on the Three Cauldrons in regard to the colours Black-Red-White attributed to each Energy-Centre. In doing so I have become unsure if the colours Black (Lower), Red (Heart) and White (Head) are right; this is because of the parallels which can be found in the Royal Art (Alchemy), for which I am going to use the work of Miguel Serrano and Julius Evola -

Albedo (White) - On the 'Saturday' ('Saturn's Day') Saturn-Kronos is regenerated, this is the regeneration of 'Time'. For this there has to be an alliance of Sulfur and Mercury, a symbolism I shall look at in this post. This is associated with the 'Waters of Life'.

Rubedo (Red) - The 'vajra' or 'Diamond Thunderbolt'; the Resurrection of the Hero, the 'Son of Man' according to Miguel Serrano. This is the Sun-Day of the work. It is the 'Gold' (Sun) which comes out of the 'Lead' (Saturn). (*)

(*) These days are what we call 'Easter' and associated with the Goddess of Rebirth, of the New Dawn and the Spring. Although Easter is usually associated with a particular phase of the Moon there is an alternative to this in that the true date may be the Summer Evennight (March 21st) which comes under Aries the Ram. The date of March 24th has been associated with Hama-Heimdall so there may be something in this idea. This is one of the two dates when the Power of Light and the Power of Darkness are in balance. The conception of a child on this date would make a 'Child of Yule'.

Both Miguel Serrano and Julius Evola point out that the Albedo is not the end-product of the Alchemical Work, and that Rubedo is the final stage needed to complete the 'Great Work'. This is why I have been questioning my own ideas on the Three Cauldrons, at least in regard to the stages symbolised by the colours. Unfortunately, I am not well-read on the symbolism of alchemy which has always seemed rather vague and not easily understood without a firm knowledge of the symbols of the elements and planets. This is a very complex subject and needs more study, but I am going to look at this from another angle to try to throw some light on the subject.

Miguel Serrano says that the 'Great Work' is that of transforming the polluted Aryan Blood which is done through adding 'Sulfur' to 'Lead'. Lead is the metal of Saturn and Sulfur may well be a word derived from 'Sol-Fire' ('Sun's Fire'). I believe that this 'Sun's Fire' is associated with Ingwe as the God of the Hearth-Fire. An 'alliance' of Sulfur and Mercury would be that of Ingwe and Woden, which would re-unite the roles of King and Priest as they were in the Primordial Age.

In Greek Mythology the High God, Zeus, created a better lineage out of those whose destiny was to 'descend ingloriously to Hades', and Hesiod called this the Race of Heroes. This Divine Race was 'given the possibility of attaining immortality and partaking, despite all, in a state similar to that of the Primordial Age.' This is not far from Wagner's interpretation of the Race of Wolsungas who were a Divine Race fathered by Wotan. The 'Golden Apples of Immortality' are for this Race of Heroes alone, and are guarded by the Goddess Idunn. The divine legacy of the Noble Warrior-Hero is Fire. Kingship and the AEthlinga are associated with Fire.

'To keep fuelling the Sacred Fire is the duty of the Divya, the Twice-Born.'

We read in the Atharva Veda -

'By coming forward, he (Agni) has created kingship...'

It was thus Agni and through the obvious parallels, Ingwe, who is the Archetypal Sacral King. This is clear from his role which covers virility and fertility, for the Sacral King has to 'wed' the land in the form of Sovereign, and thus break the cycle of the 'Wasteland'. Agni-Vaishvanara is the Spiritual Fire that leads the conquering king to victory.

To understand this further I am going to use some ideas put forth by Julius Evola, ideas connected to this drive towards immortality -

Way of the Ancestors - We have covered this before and this refers to the creating of the 'Shadow' at death which goes through a 'Second Death'. These souls then continue by reincarnating into the family, tribe and race. They continue within the Cycles of Time or the Eternal Return of Nietzsche.

Way of the Gods - The Divine Heroes (Viras) or 'Demi-Gods' do not emanate a 'Shadow' for they overcome the 'Second Death' and create out of the Ka (the 'Daemon' or 'Double' which exists in another world or dimension) a new kind of incorruptible body known as the Sahu in Egypt, and which exists in the invisible dimension or world. This is called the -

This is a body that has achieved a high degree of knowledge, power and glory and has become everlasting and incorruptible. This is the 'Triumphal Death' and is the Mystery of Valhalla. Those who take this Solar Path are the ones who go out and come back, like the Boddhisattva they incarnate or 'resurrect' at will in order to continue this struggle and to aid mankind and the Earth. The Way of the Ancestors is to keep returning over and over within the Cycle of the Ages.

In one account Agni takes the form of a Hawk (Solar Hawk) when he snatches a branch of the Sacred Tree and is struck down for doing so. His feathers are scattered on the Earth and where they fall they produce a plant whose sap is the Earthly Soma. This 'sap' is the 'Fire-from-Water' associated with Agni, and thus with Ingwe. This is the Nectar of Immortality - Soma or Haoma - and the Sacred Mead.

The above is one of the symbols used for Sulfur, a Triangle above a Cross, meaning the domination of Fire over the Four Elements. As Evola states, this is fire in an 'impure' state since it is locked into matter; however, as such it symbolises the Divine Principle (Divine Spark) in Matter. Looked at another way, this is the 'Power of Gold' that exists within Lead (Saturn).

This is another symbol used of Sulfur, one containing within itself the idea of 'immortality' since it uses the Symbol of Eternity. 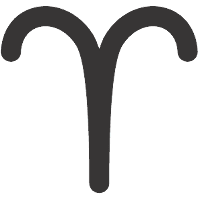 Evola also tells us that the Sign of Aries represents Sulfur in a purer state, as the 'Power of Gold' (i.e. Sun-Fire). Aries the Ram is obviously associated with Agni, Hama and to Ingwe at one level. When we view the ideas on 'sulfur' we should not see these relating to the physical form but to a spiritual form of 'Fire that does not burn' - and Inner Fire.

When I discussed these ideas in regard to the 'Crystal Palace' of the Chinese, connected to the Pineal Gland, Pituitary Gland and the Hippocampus (Ammon's Horn') there seems to be another gland which is just as important - the Hypothalmus Gland. This is now known to control the Pituitary Gland.

Pituitary Gland - This is considered to be the female and when joined with the male we term this the 'Sacred Marriage' or 'Hieros Gamos' - the 'Mystical Wedding'.

These three make up the Endocrine System which is responsible for releasing hormones into the body through the bloodstream. The word 'hormone' means 'urge-on' so this is a very important function.

Hippocampus - This is also called 'Ammon's Horn' named after the Greek version of Amun whose name means 'hidden' or 'invisible'. This gland is responsible for long-term memory and thus no doubt the Blood Memory. We should recall here the idea that I pointed out in regard to the Emerald Tablets of Hermes where a ritual was used to draw energy from the Lower Centre, through the Hearth Centre and into the Head Centre; this was in order to recall past lives. The 'Ammon's Horn' is linked to the symbolism of a petrified coiled snake often called by the name 'Snake-Stones'. Ammon's Horn is the 'Ram's Horns' associated with Agni and the symbol of Aries the Ram (**).

Now let us have a look at the Graal-Runes -

Calc - This is the 'cup', 'chalice' or 'cauldron' and through the Armanen Runes this is linked to Miguel Serrano's SHE. We could thus link this to the Pituitary Gland.

Stan - This is the Graal-Stone. In the Stone of Ing version of this rune we find the Diamond-Body (Germanic Ing-Rune) inside the Human Body (Stan-Rune). This actually fits perfectly with the ideas of Miguel Serrano since he sees the process as creating or birthing the 'Son of Man' from within. Ing or Ingwe is the 'Son of Man'. The 'stone' here represents the 'seed' or 'new life' which is born of the union of the Male & Female. But...this is also the Firestone which is the 'Gift of Ing'; it is the Divine Spark within the Warrior-Hero that, when awakened, will achieve immortality.

Gar - This is the 'Spear' that is thrust into the 'Cup' (Graal) which is the Union of the Male & Female. This is thus the Pineal Gland in one respect and related to the male.

Julius Evola tells us that the Y-symbol is that of 'cosmic-man-with-upraised arms', and equates this with the Egyptian Hieroglyph for the Ka which contains two of these symbols joined as one. This is the alternative Ken-Rune found on the White Stone of Ing. There are many references to a 'White Stone' in alchemy.

(**) The Armanists used the term 'Ar-Fire' under the Ar-Rune, although this rune is not usually associated with 'Fire'. However, when we consider the link between Aries the Ram, Mars and to 'Fire' there seems good reason to look at this rune from another angle. The obvious connection is through the Fire-Eagle or Phoenix which is a symbol of 'resurrection' from the ashes of its destruction. The word Aar or Ar can mean 'eagle' and comes through Old English as earn.

The aim of the 'Great Work' is to recover this Light and Fire which is hidden (invisible) within the Vira or Warrior-Hero. In India the Angirasa were said to be 'of the Mythical Luminous Race', i.e. the Elves or 'Shining Ones'. The Angiras were associated with Agni and were -

The 'Gift of Ing' is clearly - Fire. This should be seen in the sense of Supernatural Fire or Spiritual Fire. When I have used the term Wid-Ar for the usual Vidar this now makes far more sense because it contains the Ar-Fire and the role of Wid-Ar is not only to avenge his father, but to awaken the Ar-Fire that is within. The Fire of Kundalini is the pure, original Blood of the Asen-Gods.

I have not here solved the problem of the colours and their order which is not so easy to do in this respect, but I have cast a doubt on this order which needs to be studied. We should also consider that the World Tree is shown upside-down with its roots in the heavens, symbolic of the fact that the source of the power lies in the heavens.

On the subject of alchemy it has to be understood that this was not the root of what today is called 'chemistry'. Modern 'chemistry' came about through a total misunderstanding of the Royal Art, where the secrets revealed in this were misinterpreted because they did not have the keys to do so. These secrets were interpreted in a literal sense rather than as symbols.