Runebinder has covered some of this in his Volkische Runology so this is a short piece that I hope will complement his original ideas. 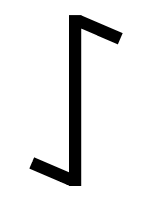 The Eoh-Rune is the Thirteenth-Rune having the meaning 'yew' and thus connected to the Yew-Tree which is sometimes seen as the Tree of Immortality. The IE Root *aiw- means -

The Sanskrit ayuh means 'life' or 'health' giving rise to the Ayurveda. From these meanings we can see how the Yew-Tree, although being a very poisonous tree, is linked to immortality, eternity and to the Life-Force or Vital Force.

The Eh-Rune means 'horse' or 'twin horses'; this is a glyph of two horse's heads facing each other, bound into one rune-stave. But this rune is connected to the Eoh-Rune not only through the name-sound but also through the concept of 'Life-Force' or 'Life-Energy'. Firstly, there are two things that should be noted, two ideas that link the runes -

We have a clear link between the two runes through these ideas, notwithstanding the names of the runes which are so similar. Runebinder has pointed out that in the Lord of the Rings we have names such as Eomir and Eowyn which relate to 'horse'. If we go to his Book of Lost Tales we find the figure of Eoh who is slain by Beorn, his brother, and Hengest and Horsa have to avenge the death of their father Eoh. Tolkien has woven the story of Hamlet into his English Mythology. We have the prefix eo(h) used for 'horse', even though the rune is eh.

In the Vedas we find the horse - Ashwa - (*) being force, whilst the cow is symbolic of light. This force thus appears to be connected to the IE Root *aiw- and to the Yew-Tree, and to the Horse. Of course, the Vedic Aswins - the equivalent to Hengest and Horsa - are thus connected to these ideas -

(*) Note the name Ashwa which hints at the 'Ash-Tree'; now, even though Bede may have been wrong when he stated that AEsc was the progenitor of the AEscingas which were the kin of Hengest and Horsa there may still be some link here. They were the Oiscingas related to Oisc/Oski: both the Ash-Tree and Yew-Tree have been seen as representing the World Tree.

So we have the 'steed' (horse' and the 'tree' both of which are linked here through these two runes. The horse was widely used as a Solar Symbol, sometimes interchangeable with the Dragon. Most of the tribes here in England at the time of the Romans used the Solar Horse on their coins, and were certainly heirs to the most ancient Solar Religion.

The English runes eoh-eh show the link best, but it can still be found in the CGF runes aiwaz-ehwaz, although the letters are not as similar as the English. The horse is symbolic of the Force of Life because it is swift-moving. 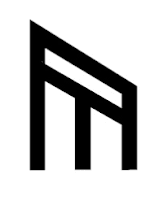 There is also here a link with the Yr-Rune which means 'Yew-Bow' and which has the ideas steed-warrior-aethlinga written into both rune-meanings in the Old English Rune Poem. There is yet another hidden link here because within the Ur-Rune is the Irminsul, and 'ermine' has the Root *ermin- which can (at one level) mean 'fast-moving'. Again, the Irminsul is another version of the World Tree. The 'horse' and the 'tree' once again. The glyph above is the Ur-Irminsul as seen from its being Ur & Irminsul.

Horses draw the chariot of the Aswins, but they change to swans in its upward movement. The 'Chariot of Ing' is the Great Bear whose movement stems from Bootes, the Constellation of Ing and 'driver' of the Waen.