Some rune-workers reject the Armanen System because it is not 'authentic', which goes to show a complete ignorance of our Ancient Runes. Together with the 'scholars' who see these runes as merely an 'alphabet', despite the obvious fact that the Teutonic Folk did not write things down but passed them by word of mouth from generation to generation, these throw a veil across the runes that has to be lifted.

Woden discovered the runes through a Shamanic Initiation whilst hanging upon the World Tree. He did not create them he recovered them from the Well of Memory. With this in mind it matters less as to when the runes were first used than the archetypal myth as to how they were recovered for the Teutonic Folk. If we see it in this way then the Armanen Runes recovered by Guido von List whilst blinded (as was Woden blind in one eye) are far more authentic since he took upon himself the Archetype of Wotan in doing this act. It would seem obvious that they were rediscovered (again) at a time in history when they were needed by the Teutonic Folk in Germany. Guido von List rediscovered them by delving deep into the Well of Memory - the Blood Memory. Here lies the lost Eye of Woden. 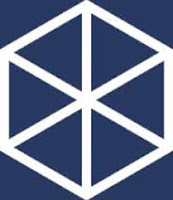 The Hag-All/All-Hag/Krist-All is the form above out of which the 18 Armanen Runes can be drawn. When the Norwegian Rune-Poem states - "Krist shaped the former (original) heavens' - this refers to the very ancient time when Thule existed, lit by the Black Sun that shone above the Midnight Mountain. Thus the 'former heavens' but also the 'former Sun'. The Haegle-Rune represents the Sun; when taking a photo of the Sun it appears as the six-rayed Haegle-Rune. We can see that the Armanen Runes were rediscovered by the Ar-Man or 'Sun-Man', but this is the Black Sun of the Ancient World. These runes have come out of the Black Sun.

This Hag-All Rune or 'Mother-Rune' forms what is today known as the Seed of Life. When extended this becomes the Tree of Life which grows out of this 'seed'; this is symbolised by the Nine Glory-Twigs of Woden. The Tree of Life contains all 33 Runes of the Ar-Kan Runes which are a development from the Armanen Runes.

Krist is seen here as a 'Sun-God' but connected to the 'Black Sun' and not to the 'Golden Sun' of today's world. Krist is now the 'Hidden God' and is the same as Woden in this role.

'...one who went down into the pit for the salvation of the world; this was the Sun shorn of his Golden Rays, and crowned with Blackened Ones as the 'thorns'...'

This refers to Krist (Chrestos) as the 'Black Sun' which is hidden in the depths of the subconscious mind or 'The Pit' which in India was called Patala and ruled over by a Snake-God called Vasuka. The depths of Patala were 'impregnated with the brightness of the new Sun', just as Baeldaeg (Sun-God) is in Hela in Norse Mythology. His symbol is that of the Fylfot-Swastika which is black, being symbolic of the Black Sun. Vasuka is the 'Great Naga' who was used as a rope around the mountain Mandara for the churning of the Ocean for Amrita - the Water of Immortality.

Since the 33 Ar-Kan Runes derive from the Tree of Life, which itself is a growth of the Seed of Life (Hag-All) then they too derive from the Black Sun (AR) and form the 'emanations' of the Black Sun in the Age of Ing. Some of the Brahmans of India laboured under the false impression that no 'avatars' or 'adepts' could appear in the Kali Yuga, despite this idea being contradicted by Krishna in the Bhagavad Gita.

'Among the commandments of Tsong-Kha-Pa there is one that enjoins the Arhats to make an attempt to enlighten the world, including the 'White Barbarians', every century, at a certain specified period of a cycle.'

'It is said that up to the time when Pban-chhen-rin-po-chhe 'Great Jewel of Wisdom') condescends to be reborn in the land of the P'helings (Westerners), and appearing as the Spiritual Conquerer (Chom-den-da), destroys the errors and ignorance of the ages, it will be of little use to try to uproot the misconceptions of P'heling-pa (Europe); her sons will listen to no one.'

Another prophecy states that the Secret Doctrine will remain pure in Tibet until such time as it has been invaded by foreigners - which has happened in our times when the Chinese invaded Tibet.

The Hagal-Rune seen above shows the consciousness held in the 'centre' of the spinal column, around the area of the Solar Plexus-Heart Centre. 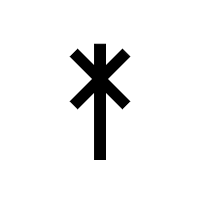 The Ior-Rune or Iar-Rune shown here is symbolic of the raising of consciousness up to the Third-Eye Centre, and thus the means of communication with the Gods. Gifu is the 'gift' given to us by the gods, the means to awaken within ourselves this 'Inner God-Force' through the raising of consciousness to a higher level - from Son to Odroerir. In one sense the link to a 'Serpent' is made through the Spinal Column which is shaped like a Serpent; it is this, at a spiritual level, through which the consciousness moves upwards. Inherent in the rune is a move from one element to another - from 'earth' (UR) to 'water' (LAGU)- from which arises the symbolism of the wind-mill which thus moves us from 'water' into 'air' (spirit - ANSUZ).

The 'Serpent' is also the Fire-Serpent that arises along the spinal column as the Kundalini-Force. It is this Fire-Serpent that arises through the Three Cauldrons - Bodn - Son - Odroerir - reaching the Third Eye Centre as this rune suggests. The Fire-Serpent arises in the shape of the snake (S) along the Spinal Column which is made up of the 33 Ar-Kan Runes. The Nine Sacred Runes of the Third AEttir are to be found in the Coccyx (Gar-Stan-Calc-Cweorth) and the Sacrum (Ear-Ior-Yr-AEsc-Ac). 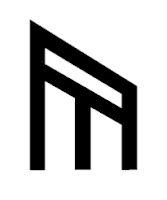 The Yr-Rune moves into a 'higher state' through the Yr-Rune which is the Ur-Irminsul. This forms the gealdor YM (OM-AUM) which is that of the 'Hidden God' (AMUN) and the AR-MAN. The Ur-Rune is that which is 'primal' but with the aurochs (Ur-Ox) it is an 'earthly' symbol (the 'moor-stomper') of the Bull-Ox. The Yr-Rune is that of a Yew-Tree or Yew-Bow whose arrows fire through the element of 'air', thus taking this to a spiritual level. There is another alternative rune using an Ur-Rune over a Gifu-Rune (X) which is the Ur-Consciousness.

The Ar-Man is the 'Sun-Man' and the Ar-Kan is the 'Sun-Fire' or 'Sun-Knowledge', but of the most ancient Black Sun and not the Golden Sun of today's world. Both Woden and Krist, as the 'Crucified Gods' represent the Black Sun and its 'death'; this is inherent in the Ear-Rune (Death) and the Cweorth-Rune (Transformation & Resurrection). The 'Hanged God' becomes the 'Crowned and Conquering Son ('Sun'). Krist becomes the 'Sun of Man' - Woden becomes 'Wid-Ar'. One of the various meanings associated with 'wid' is 'widow', which means 'loss'; this is the hidden meaning within the name 'Wid-Ar' who is the 'Lost Sun' or 'Hidden Sun'. 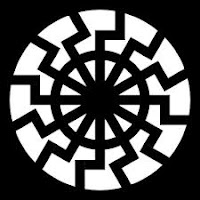 It is essential that we seek to awaken those within our Folk who hear the Call of the Blood, for in doing so the way is prepared for the future Avatar who will appear in the Age of Aquarius. It is quite possible that the idea of the Age of Ing is such that it now represents the 'Age of Heroes' which would be a transition period between the Age of Pisces and the Age of Aquarius, lying in neither one nor the other, and yet lying in both of them. This is the 'conception period' of the Age of Aquarius. Since time is today shortened (truncated) we have no idea how long this will last.

That the English Folk are not 'awakening' as fast as some would like it is simply because the time of the Last Avatar has not yet come...this will be in the future at the 'Day-Break' of Aquarius. And we cannot tell when this will be. This does create a problem in that some people await such a time thinking that it will just 'happen', and thus they do not need to do anything. This is a great mistake, because what we do today will ensure that the Last Avatar will appear and bring an end to the Reign of Evil & Darkness. It is our words, our deeds and acts that will ensure that this comes about - this is our Divine Mission.

The 'Guiding Light' for this future awakening is the Black Sun of the Ancients - the Light of Thule. This shines without and within, it is the 'Inner Light' that guides and guards us in our Divine Destiny, cast into the Web of Wyrd by the Three Sisters of Wyrd. The Hale-Bopp Comet (Bab-Komet) was sent by Wyrd to awaken us to our Divine Destiny; this is a pointer to the way that the web of fate is being woven for us. This was the Eight-Legged Horse (Sleipnir) that rides at the dawn-time of the Age of Aquarius, heralding this New Age. 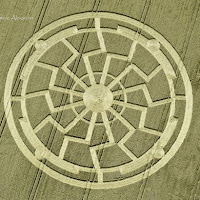 The date of this crop-formation was the 8th August 2015 (8-8-8) and the symbolism has here changed in that the four 'dots' and curves around these 'dots' makes up the Sacred Number 8 again. The 'dots' represent the Four Beasts of the Apocalypse - Lion-Man-Eagle-Bull - which form the turning of the Precession of the Equinoxes from Pisces to Aquarius. This is also the 'Squaring of the Circle'. The 'extra' outer ring shows four 'rays' being refracted through the first inner ring, thus hinting that the Black Sun (dormant) is beginning to throw out energies into the Cosmos. These are the Central Black Sun and the Inner-Earth Black Sun becoming more active, thus awakening the Inner Black Sun within the Ar-Man. These 'rays' form a Fylfot-Swastika, part of the three that make up the Black Sun symbol. Spiritual Forces are awakening again through the Power of the Black Sun. 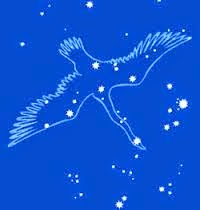 Cygnus the Swan is the pointer to the Black Hole at the centre of the Milky Way Galaxy. This is symbolised in the South Saxon Mark by the Long Man of Wilmington, whereas the Herne Giant in Dorset represents the winter aspect as Orion the Hunter. The shape of the Cweorth-Rune is that of Cygnus the Swan; its meaning of 'Sword' connects to SWAR and to the Sun. From this area of the Milky Way Galaxy are emitted very powerful energy-rays that affect the Earth at this time. These energies will awaken the 'Elect' - the 'Heirs' - the 'Ar-Man'.